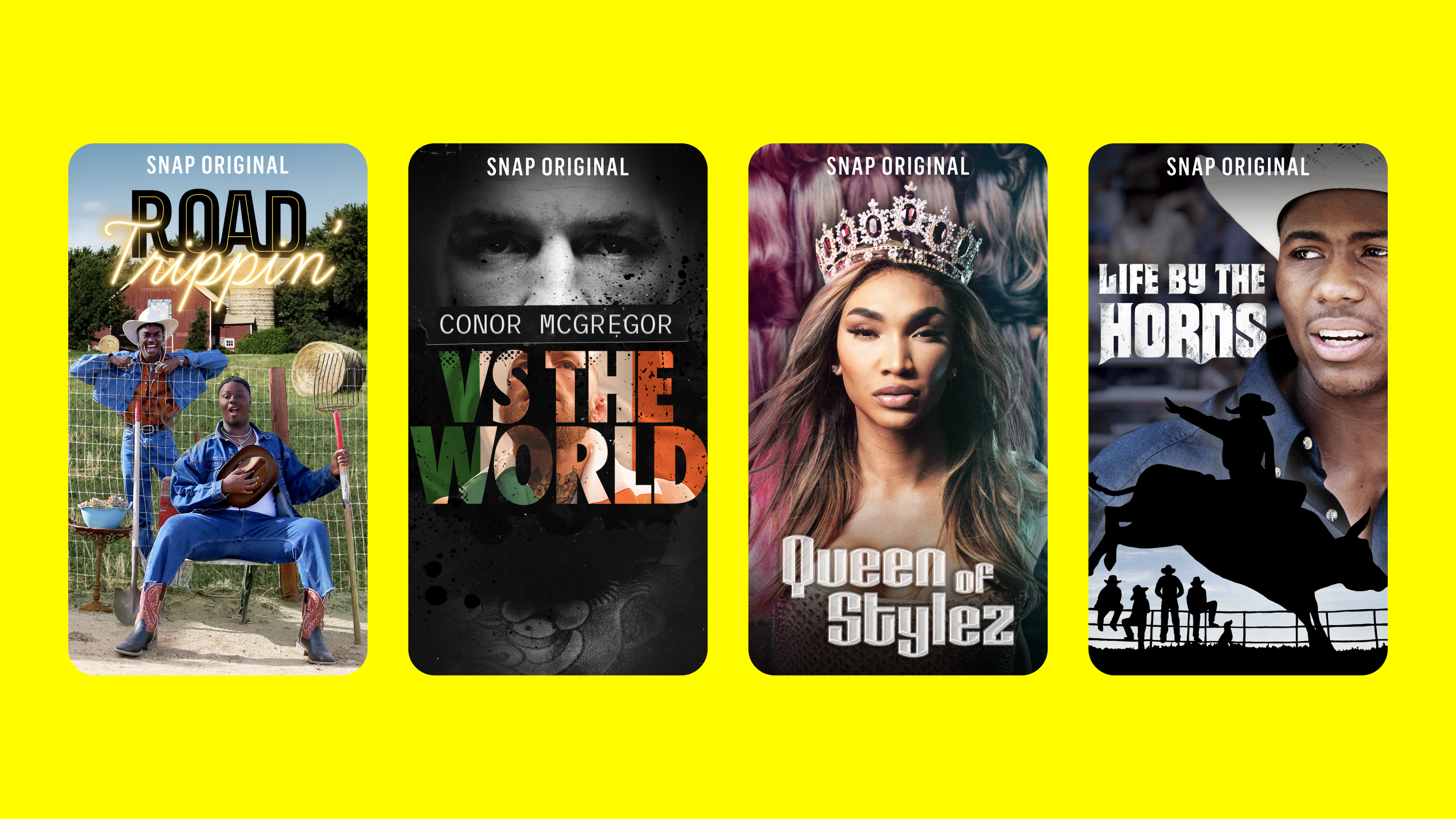 Made-for-mobile shows began with Snap Originals. Today, we’re excited to reveal our new slate of shows made exclusively for Snapchat!

More than half of the US Gen Z population are watching Snap Originals.* Part of what makes Snap Originals so unique is not just the way the stories are told, but the types of stories that reflect the wide range of passions, experiences and voices of our community.

And for the first time, Snapchatters can become part of the show!

We’re using our unique augmented reality technologies to deliver immersive shows that are only possible on Snapchat. You can now learn the latest dance moves from some of the world's best dancers in “Move It”, which uses Snap's custom motion tracking Lenses to keep up with your every step.

Check out the amazing new shows that are headed your way:

In addition, we’ll be renewing the following Snap Originals: “Dead of Night” by Bazelevs in association with Hooked, “Face Forward” by NBCUniversal featuring an all-new AR Lens experience that puts viewers in the episode for their own celebrity makeover, “Nikita Unfiltered” by ITV America’s Sirens Media, and Complex will again produce the next instalment of Snap’s documentary franchise “Vs The World,” which will tell the story of notorious MMA fighter Conor McGregor.