Today, we announced Will Smith’s wildly popular Snap Original series Will From Home is returning for season two! Available exclusively on Snapchat, season 2 will be a special 10-episode holiday edition, set to launch Monday, December 14, 2020 with new episodes airing daily.

Filled with laughter, joy, and major surprises, Will From Home: Holiday Special invites viewers to spend a few minutes with Will as he surprises people across the country who are being recognized for their acts of selflessness and bravery.

Each episode highlights inspiring individuals such as Sonja Frazier, the Taco Bell employee whose remarkable courage and quick thinking saved a man’s life; Chef Willie Ray, who began giving out free meals in his community to those impacted by the major windstorm that left hundreds without power; determined 8-year-old, Aaron Moreno, who began selling plants to help support his mother and reunite his family - and many more incredible stories.

Smith will be joined by a host of celebrity friends and guests including Alicia Keys, DJ Khaled, Jason Derulo, Jill Scott, Lil Nas X, Liza Koshy, Ludacris, Black Thought, Master P. and many more, to celebrate the incredible, life-changing contributions each of these heroes has made and to recognize them with surprises and special gifts that will help them continue their important work. 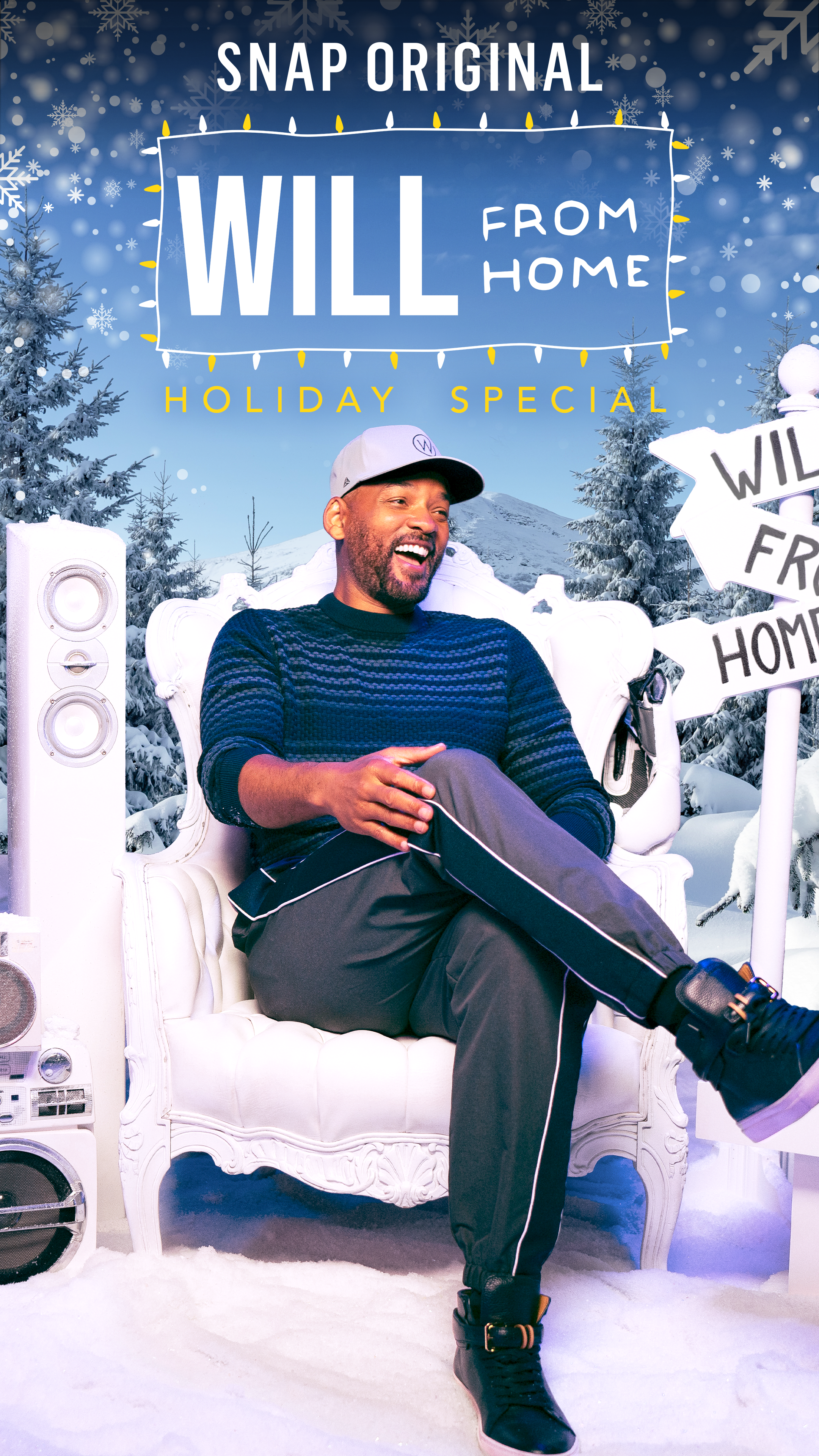 Will From Home: Holiday Special, produced by Westbrook Media, follows the creative and uplifting season 1 which aired in April and followed his stay-at-home experience. The season culminated in a “Fresh Prince of Bel-Air” cast reunion and was watched by over 35 million Snapchatters.