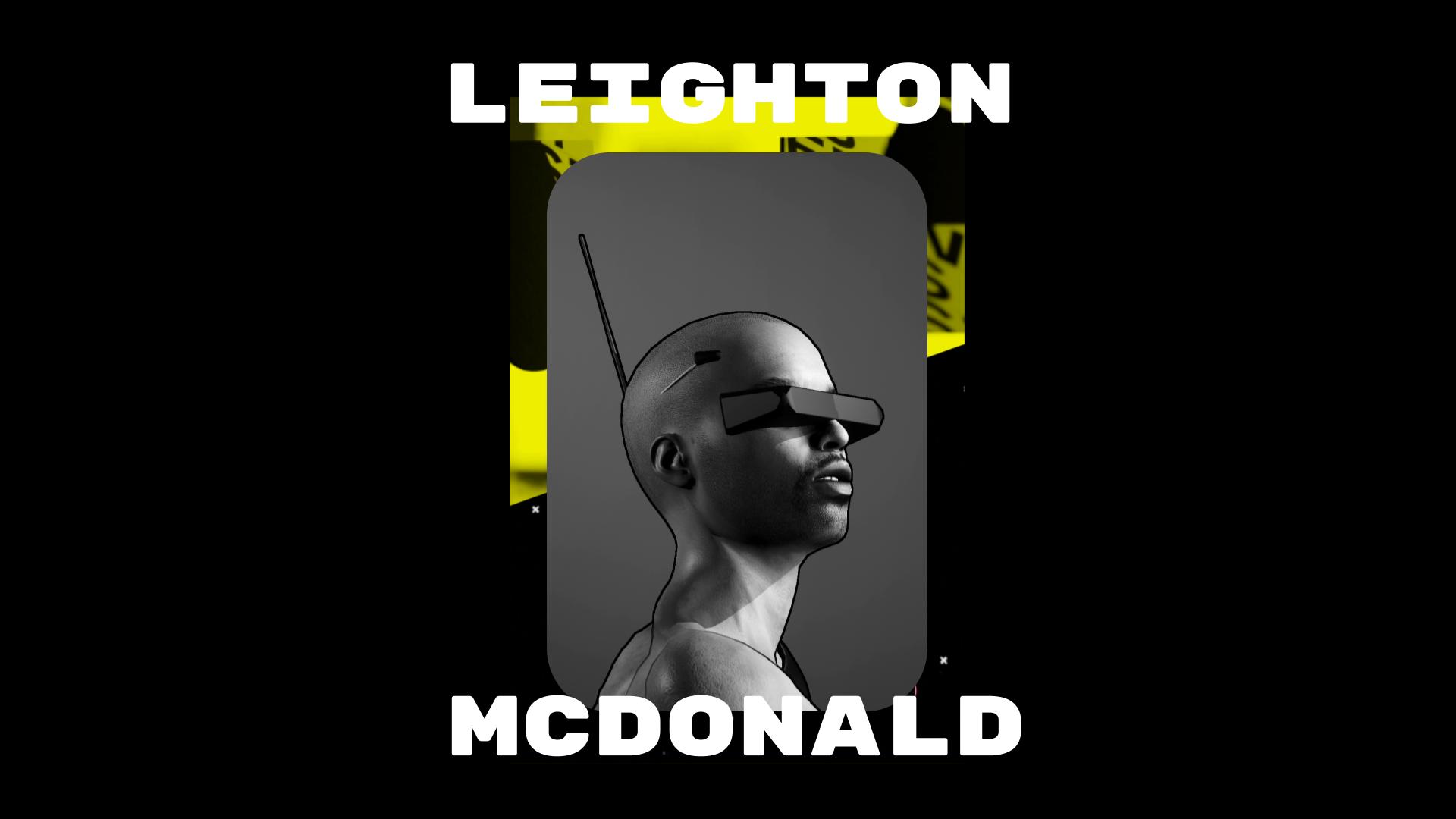 Leighton McDonald’s creative career started at an unlikely venue: the football field. He was at practice when a college representative noticed his sketches and paintings—a fortuitous moment that eventually led him to study industrial design at Savannah College of Art and Design (SCAD).

It was at SCAD where Leighton was first exposed to augmented reality. After getting into a senior class his junior year, Leighton worked on a project rendering models of underground pipes using AR and three-dimensional modeling, and he was later invited to London to showcase the design.

Now, in addition to his art and his work forecasting trends for major apparel brands, Leighton also has a freelance business creating augmented reality experiences and he is one among a group of developers working on new experiences for Snapchat’s latest Spectacles.

His latest Lens, Blacksoul Gallery, which can be viewed on mobile as well, highlights the work of emerging Black artists, bringing their work to new audiences outside the traditional walls of museums and galleries. “At first, I wanted to make an AR game, but that wasn’t touching me in my soul,” said Leighton when asked about his inspiration.

In addition to its impact in the digital space, Blacksoul Gallery is also helping build connections IRL. Today, Leighton remains close friends with the artists he found and featured. In fact, his Lens even served as a platform for these artists, who have gone on to work on new partnerships, projects and commissions after being featured in Blacksoul Gallery on Snapchat.

This year, Leighton McDonald was recognized at our first ever Lens Fest Awards for his outstanding work using AR as a powerful force for representation with Blacksoul Gallery. Congratulations, Leighton!