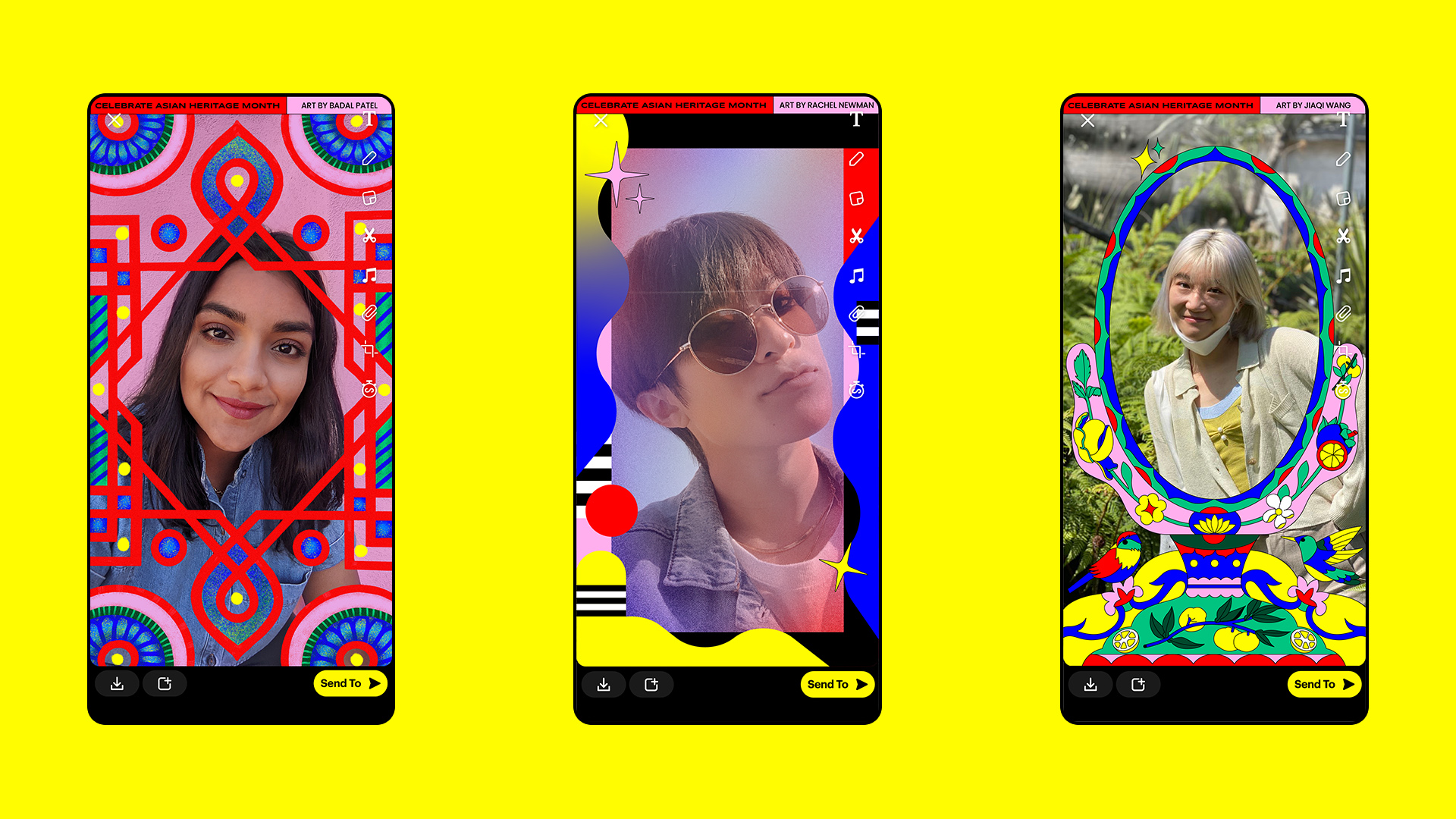 As we continue to mark Asian Pacific Islander Desi American (APIDA) Heritage Month, we’ve released a number of new creative tools and content to celebrate the vibrant cultures, accomplishments, languages and histories of APIDA communities as well as the diversity of our Snapchatters.

To honor the diversity of APIDA experiences, we teamed up with a number of APIDA creatives including Jiqai Wang, Badal Patel and Rachel Newman to develop a series of “I Am APIDA'' Lenses to uplift Snapchatters and encourage them to express themselves and their identities. We’re also releasing additional Lenses, Filters and the APIDA Pride Sticker Pack to allow Snapchatters to celebrate their heritage within the many countries, languages and cultures that make up the APIDA community.

We are committed to ensuring our shows are reflective of our community’s diverse voices, passions, and the issues they care about. Later this month we’re releasing a new Snap Original Series, “As I Am” which is a first person series about Asian-Americans, meant to challenge and break down stereotypes, address ongoing discrimination, hate crimes and terrorism, while also shedding light on and celebrating the diverse array of experiences Asian-American people have today. The weekly series produced by Barcroft Studios and Calico will be available later this month with new episodes launching weekly, only on Snapchat’s Discover.

As we celebrate APIDA Heritage Month, it’s also important to acknowledge the long history of violence, racism and discrimination against APIDA communities and the work that lies ahead to have a safe and equitable society for everyone. At Snap, we take pride in the diversity of our community and we’re committed to continuing to advance diversity, equity and inclusion in our own systems and beyond.

Join us in celebrating the ongoing history, creativity and achievements of APIDA communities and our diverse array of Snapchatters during APIDA Heritage Month and beyond!