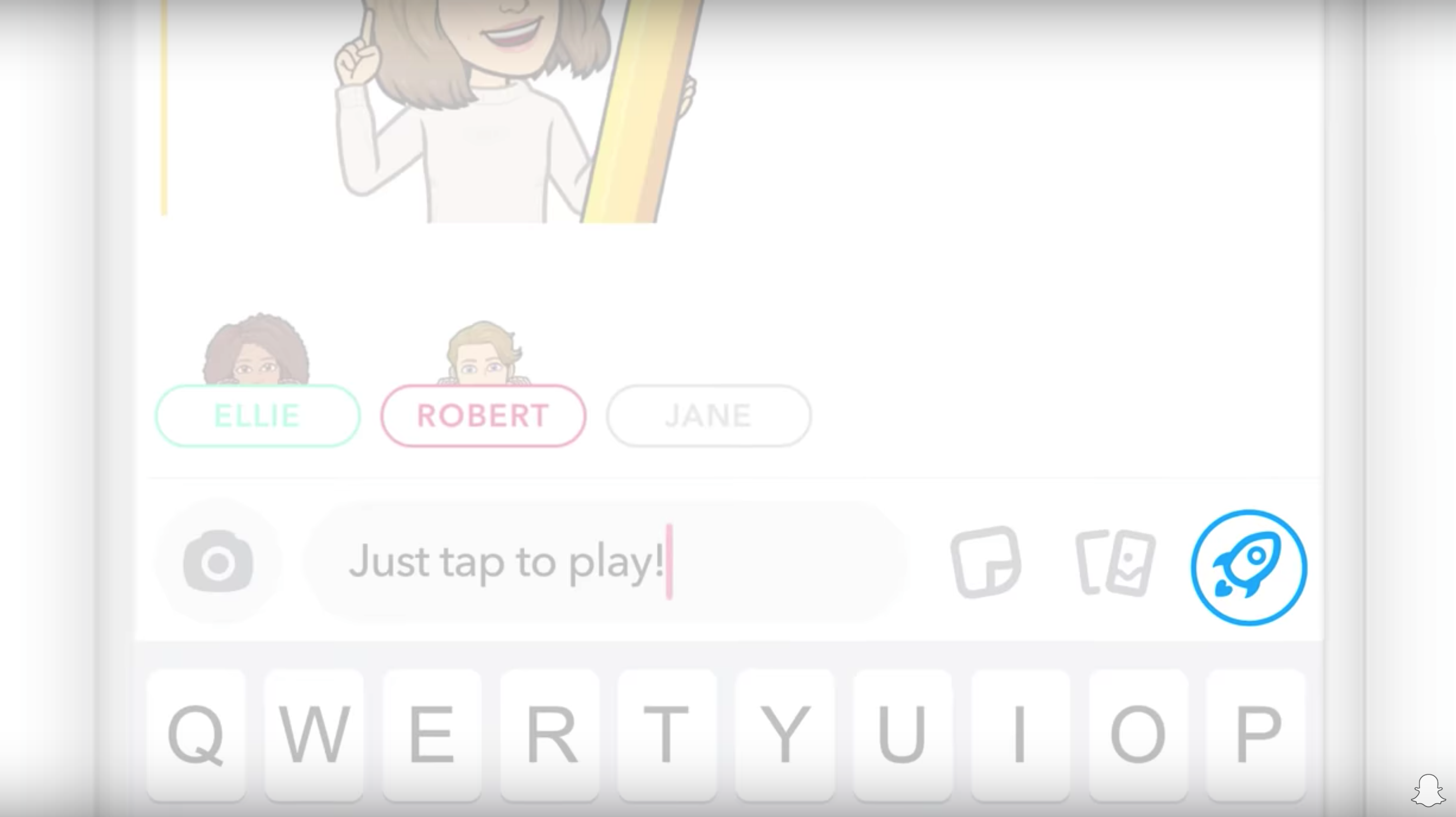 Eight years ago, we created Snapchat to make talking with your friends faster and more fun.

But friendship is more than just the things you talk about. Friendship is also about the experiences you have together — so we’ve been working hard to build an entirely new experience for friends to play together.

You can launch Snap Games right from the Chat bar, allowing you and your friends to instantly play together — no install required. You can see which friends you’re playing with, send them a chat, or even talk live with voice chat. It feels like you’re sitting shoulder to shoulder, playing on the same screen.

Snap Games will include monetization opportunities for our game development partners and Snap. The platform will launch with video advertising featuring Snap’s non-skippable, six second Commercials ad format that launched in Q3 2018.

Over the coming months, Snap Games will slowly expand its developer partners across various genres and styles to bring the best gaming experiences to the Snapchat community.

Game Closure creates technology to author and distribute HTML5 apps and bring them to large audiences, including its own hit messenger game EverWing, an enthralling fantasy shooter to play with friends. Since its foundation in 2011, Game Closure is led by co-founder and CEO Michael Carter. The Game Closure technology platform provides proven tools to author, distribute, optimize, and operate high-performance messenger games.

PikPok is a leading publisher of great games across mobile, tablet, and desktop. With a portfolio of original, licensed, and third party developed properties, PikPok delivers games that appeal to all consumers with pick-up-and-play gameplay, high-quality art, and immersive audio design which provide rich game experiences. PikPok has released multiple critically and commercially successful games including the popular Flick Kick® series, BAFTA nominated Super Monsters Ate My Condo™, Into the Dead®, Shatter®, and more. Steal a moment and play a game from PikPok.

Spry Fox is an 18 person company, almost 10 years old, that has launched 15 distinct games, including the award-winning games Alphabear, Triple Town, and Realm of the Mad God, and specializing in original, pro-social games that make the world a happier place.

ZeptoLab is a global company which creates FUN games filled with INNOVATION and polished with its signature QUALITY. After the success of their Cut the Rope games, which have been downloaded over 1.2 billion times, the company released King of Thieves and C.A.T.S.: Crash Arena Turbo Stars, massive multiplayer mobile titles with more than 200 million combined downloads. In 2017, C.A.T.S. won Game of the Year Award in Google Play and was named in Apple App Store's Best Games list.

Since its founding in 2007, Zynga's mission has been to connect the world through games. To date, more than 1 billion people have played Zynga's games across web and mobile, including FarmVille™, Zynga Poker™, Words With Friends™, Hit it Rich!™ Slots and CSR Racing™. Zynga's games are available on a number of global platforms including Apple iOS, Google Android and Facebook. The company is headquartered in San Francisco, California, and has additional offices in the U.S., Canada, U.K., Ireland, India, Turkey, and Finland.