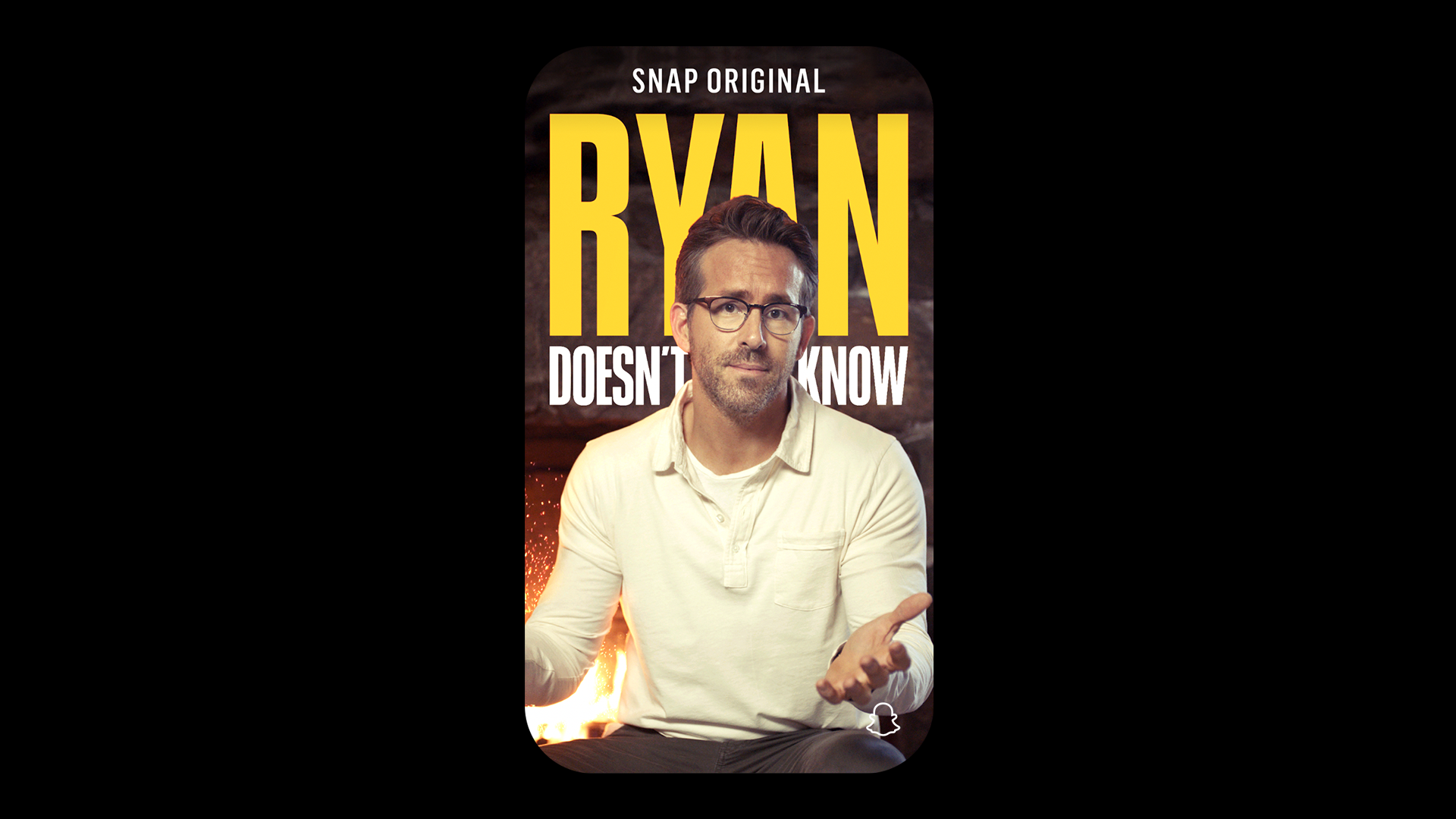 Today, we, alongside Westbrook Media, announced a new Snap Original series, Ryan Doesn’t Know, hosted by actor, producer, and entrepreneur, Ryan Reynolds! Available exclusively on Snapchat, the new series is set to launch this Saturday, January 30 with 12 episodes airing every other day through February 21.

It may come as a surprise, but there are a lot of things that Ryan Reynolds doesn’t know. So, Ryan is going to take some time for some self-improvement, learn some extremely useful skills, and meet some new friends. In Ryan Doesn’t Know, Ryan will be joined by a group of talented emerging artists and creators from an array of fields. He’ll speak with incredibly talented experts to collaborate and try his hand at their honed craft.

Throughout the series, Ryan will chip away at ice sculpting with Shintaro Okamoto, have a go at visual trickery with VFX expert Trevor Bell, humbly undertake Ulisses World’s world-class program lifting, make latte art with artist Melannie Aquino, learn floral sculpting from creative designer Aurea Molaei, and so much more!

Ryan Doesn’t Know is the latest collaboration between Westbrook Media and Snap, following Jaden Smith’s impactful racial and social justice series, The Solution Committee, and two seasons of the wildly popular, Will From Home, starring Will Smith. Season 1 of Will From Home, which premiered in the spring of 2020, was watched by over 35 million Snapchatters.