Snapchat Creative Council Launches “Show Them Who WE A/RE” Campaign 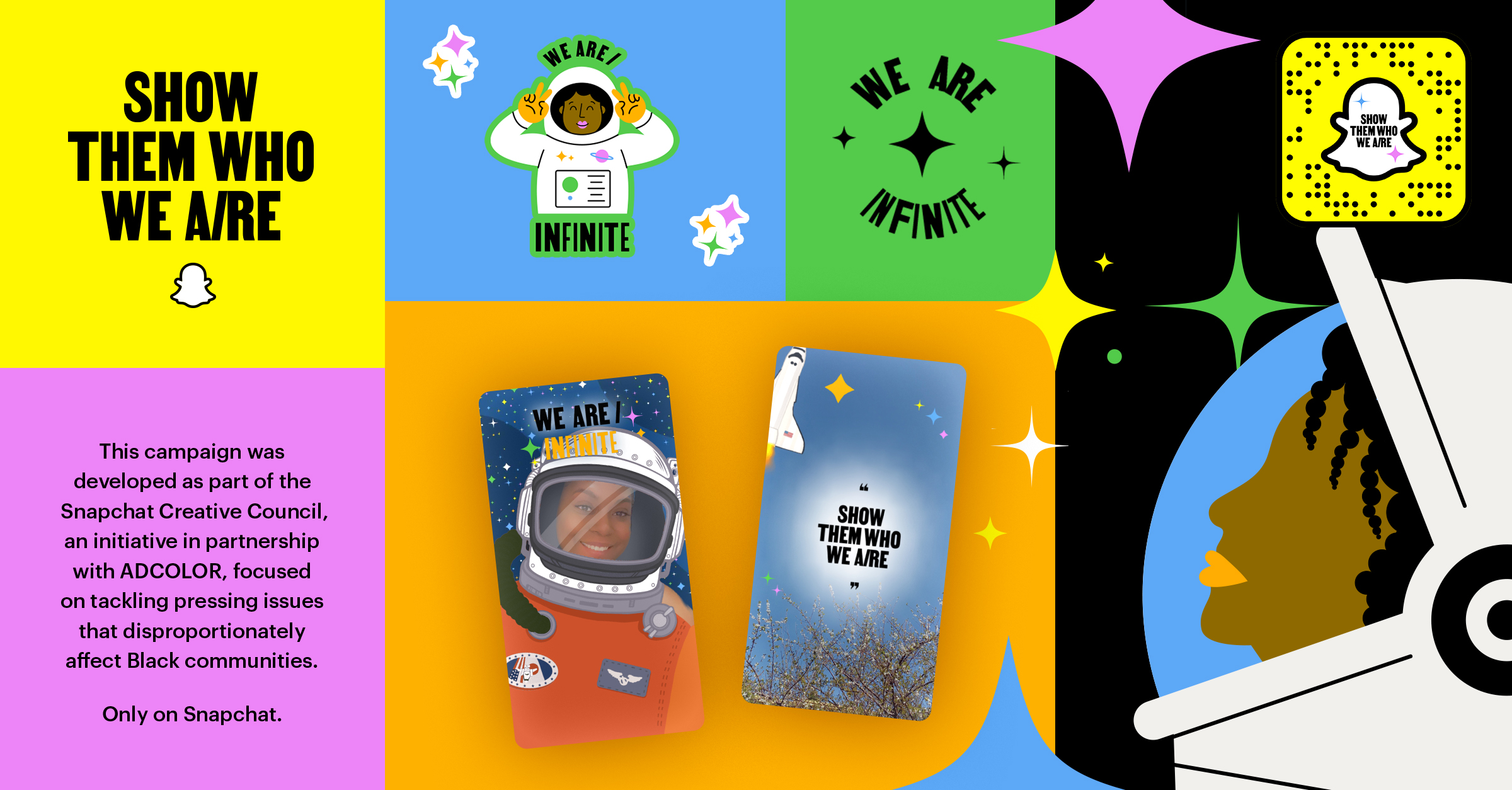 As part of our ongoing efforts to support Black creatives while advancing racial justice and civic engagement, Snapchat teamed up with ADCOLOR in September to launch the Snapchat Creative Council.

The idea of the Snapchat Creative Council was simple -- to bring together leading Black creatives to tackle challenging issues across mental health, education and civic engagement to drive awareness to our community of Snapchatters.

The augmented reality campaign was created to inspire and encourage young Black women to see themselves in a variety professional roles where they are often underrepresented. The project also includes a set of inspirational stickers and a microsite with resources empowering Snapchatters to pursue similar career paths. The creatives also leveraged typography designed by Vocal Type inspired by key historical moments like the Memphis Sanitation Strike of 1968 and The March on Washington.

In the first two days since its launch, the “Show Them Who WE A/RE” campaign reached over 12 million Snapchatters across the country. Up next, the Creative Council will launch a project centered around mental health in the Black community as well as local campaigns in the UK, France and Australia in collaboration with Creative Equals later this year.